dear friends, family and art supporters,
as many of you are aware, my camera recently died. i will not be able to get it fixed until i return to the US in october. i was inconsolable. then i thought, it was with your help i was able to purchase it in the first place. so i decided to reach out again.
i am offering these three prints, signed limited editions (20 each), for $30 (includes s&h). the upside: you help a friend in need and get a memento of my adventure for your wall. downside: you have to wait until november to receive it.

go here to purchase: CAMERA FUNDRAISER
going to try to replace my camera at the end of the week...
Thank you!
~L 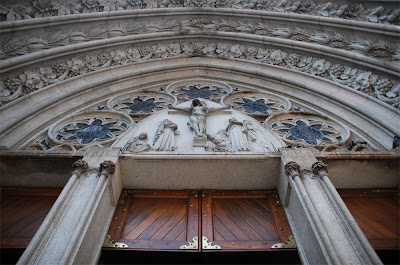 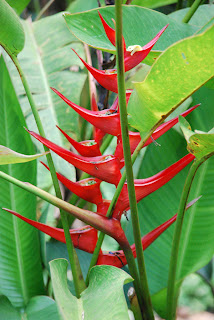 after we got our fill of skyscrapers we made our way to the botanical gardens. it was heavenly - right up until we got caught in a torrential downpour. we hid out in one of the exhibit buildings for a little while, but started to worry about getting back in time for our bus, so we made a mad dash for the park exit. getting a cab started looking bleak, but just as i was beginning to have pangs of despair, a taxi appeared!
the power had gone out for parts of the city and we were told the metro wasn’t running, so we decided we’d take the cab all the way to the bus station, an expensive ride, but necessary if we were going to catch our bus. the driver told us how much he guessed it would cost and, since we had just a bit more than that, we relaxed. as the ride dragged out, massive traffic caused by the crazy rain, flooding and power outages, the meter ticked higher and higher. i began to worry that we wouldn’t have enough money and kept contemplating jumping out sooner and trying the metro, but if that still wasn’t running we’d be up a creek, as they say.
as it turned out, while a bit more than estimated, we had just enough money to cover the fare and we got to the station with time to change into dry clothes, get cash and grab some food for the bus ride. lucky, lucky, lucky!
i think i'll come back to são paulo again someday...
Posted by Lecia at 6:38 PM No comments:

rio de janeiro, brazil to paraty, brazil
we got the bus first thing in the morning and headed south. the ride was beautiful, a landscape of green rolling hills and blue sea.
immediately after we left rio i began to like the country a little better.
portugese would prove to be the bane of my brazil existence, but when i was able to communicate a little, i was happy as a clam - a steamed clam. it was hot and very humid. i love the heat, but humidity makes me a whingy wilted mess. v put up with me admirably and i did my best to not act like a rotten 4 yr old throwing a tantrum.

paraty is a nice little tourist trap of a town. old colonial buildings have been restored and converted into stores and restaurants aimed at people passing through. we arrived late in the afternoon, settled into our hostel and went to explore the town. after walking along the water we grabbed a nice dinner, topped it with lovely gelato (too bad that we discovered the ingenious cake carts after dessert),
then headed to an adult themed puppet show that was quite amazing, the teatro espaço. all in all, a great day.

the following morning, we bought tickets for a schooner cruise that would go to some secluded beaches and lagoons in the bay. this was one of the most awesome days ever. 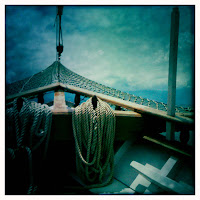 it felt like the height of luxurious decadence. lazing on the deck of a beautiful boat, occasionally jumping off the side to swim a bit in

absolutely glorious water. i could have done this for days. the only down side was any bit of my skin that came in contact with the surface of the water, no matter how much sunscreen was worn, burned to a nice crisp (a handy trick i learned in my early days in los angeles forestalled the unhappiness that usually accompanies sunburns - in the evening, after the burn has finished setting in, apply copious amounts of a dense skin cream, repeat every few minutes until the skin stays moist to the touch...in the morning you have a nice tan instead of an evil burn. this doesn’t do anything to lessen the chances of future melanoma though, so wear your sunscreen!).

v got silly drunk on one caipirinha (these drinks are delightful and go down nice and smooth then, twenty minutes later, sucker punch you),
while i stuck to my addiction, coca cola (i had planned to drink a little, but the only other alcohol they had was tequila, and i just can’t drink something that tastes like an unpleasant shade of brown).

we were treated to an impromptu concert by some fellow guests who brought along a guitar and lovely voices. they sang songs in english that they didn’t know all the words to, so i occasionally piped in and helped them along.

back on land we went and had another nice dinner before going to the hostel to grab our bags and head for the bus station to catch the overnight to sao paulo.
Posted by Lecia at 8:21 PM 1 comment: