san francisco, ca to esmeraldas, ecuador.
ten years old carrying a snoopy suitcase with my name in big letters across it, i got on an airplane that was supposed to fly nonstop to quito, ecuador. my mom told me not to get off the plane for any reason until i got to quito, she was very clear about this. we landed in bogotá, colombia and everyone deplaned. no one was speaking english, including the flight attendant talking on the pa system. i was savvy enough to understand that we weren’t in quito, so i didn’t budge. eventually i was persuaded to get off by the family sitting behind me - they explained that there had been technical difficulties and our plane was not going anywhere. standing in the middle of the largest airport in south america, clutching my monikered suitcase, i tried to figure out what to do. i didn’t speak a lick of spanish. i was stymied but not smart enough yet to be terrified. a little man, just slightly taller than myself came running up to me, puffing out my name. i foolishly figured if he knew my name it was safe to go with him - i had forgotten about my snoopy suitcase advertising who i was. luckily for myself, braniff airlines and my mother’s sanity, he turned out to work for the airport and he eventually got me on a plane bound for quito. the stress did catch up with me and i vomited on the descent into quito airport. it has been thirty years without a repeat performance, but i still make sure there is a barf bag in the magazine holder when i buckle in for a flight.
ecuador was amazing and provided many novel experiences. people loved to pet my head and comment on my blue eyes. i was forced to hitch hike with one of my aunt's friends - even at ten i knew this was reckless, and told her so, but i did it anyway. i got to swim in an ocean that was as warm as bathwater. i ate things that should have been familiar, like chicken and hamburgers, that were completely foreign and foreign things, like café con leche and local biscuits that felt familiar. i got a paintbrush stuck in my ear and had to get emergency care (kids, never put anything smaller than your elbow into your ear, seriously). i got a thousand and one mosquito bites because i always ended up sleeping pressed against the mosquito net. i saw six feet long iguanas and house spiders the size of my fist. i developed an unholy love of street side oj - an orange with just the zest removed and a hole cut out of the top (you squeeze it and drink the juice as it comes out of the hole). but the thing that made the biggest impact on me was that poverty meant something very different in third world countries and that people could be happy without tvs, their own rooms and big wheels. 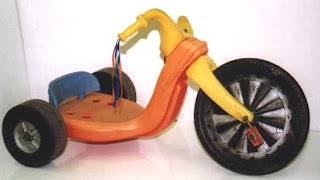 the return flight should have been eventless, considering the letters my mother had exchanged with the airline. but no, and i can’t entirely blame braniff. for some reason we made an unscheduled stop at lax to go through customs. right before i got on the flight, my aunt had given me a couple of those awesome street side ojs for the journey. i had one right away and was saving the other for later - needless to say, it lay forgotten at the bottom of my bag. the customs agent asked me if i had any fruits or vegetables and i said no. big mistake. huge. they found that orange and put me in a little green room for several hours. eventually they decided that i wasn’t an eco terrorist, but in the meantime i missed my connecting flight and no one on the s.f. end thought to inform my mother that i was being held for suspicion of trying to bring down california’s agricultural economy with an orange. more letters were written but i had a bonafide adventure story under my belt.
other than the valuable barf bag lesson and an enlightened perspective on poverty, i also learned that not knowing the language, angry customs agents and unscheduled stops do not impede the trip, but rather enhance the stories that will follow. i believe this was where my insatiable wanderlust was born.
Posted by Lecia at 9:55 PM 1 comment:

san francisco, ca to durham, nc.
right before i entered fourth grade, the teachers were involved in a nasty strike about layoffs, so school didn’t begin when it was supposed to. mom’s friend pam (the same one from SMOG) was going to visit some friends in north carolina and offered to take me with her. six weeks after the strike began, it ended - the day i was heading off to durham. i still got to go but i had to agree to the dreaded home schooling.
having grown up in between the mission district (mainly latino) and the castro (mainly gay) in san francisco, i had a pretty generous idea of what constituted ‘normal’. in north carolina i got my first introduction to prejudice. pam was continually being harassed (i was never entirely sure if it was because she was a lesbian, a feminist or that she looked like a radical hippy, but we got yanked into the back rooms of several stores and made to wait for security and cops - we were always allowed to leave eventually, but the hassle was very tense and sometimes downright scary) but, more impressively, the greensboro massacre happened while we were there. pam’s friends knew people who were killed so it was discussed openly. i learned about the kkk. i learned about the socialist movement. i wore a black arm band in solidarity with the victims. i was more than ready to go back home to where you could be different and not get killed for it.
on a happier note, i learned how to ride a bike there and i’ve never forgotten the skill.
Posted by Lecia at 1:58 PM No comments:

san francisco, ca to yakima, wa.
the summer after second grade i went on a roadtrip with my best friend and his mom. she had a vw bug that broke down at least five times, but she always managed to fix it, if only temporarily. 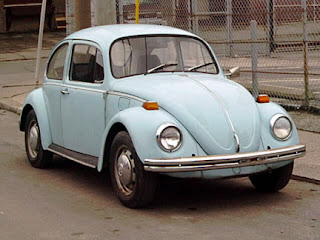 we stopped at several communes on our way north, sometimes run by gay and lesbians, sometimes hippies. i remember one near eureka that was a nudist colony to boot. j and i were eight and not particularly comfortable with all that saggy old people skin we were being exposed to. the sweat lodge/yurt made it a worthwhile pit stop, though. j got stung by a bee, i jumped over a rattle snake, we tested out electric fencing with grass, ate stolen peaches fresh off the tree, i got bit by a dog (and developed a healthy phobia of them that lasted 25 years) and we got to go to a small town school for a couple of months. the teachers weren’t comfortable with j and i being best friends and living under the same roof, since he’s a boy and i’m a girl, so they decided to separate us by putting me back a grade. j’s mom went ballistic, she yanked me out and i got home schooled. home schooling, i learned quickly, was way harder than regular school because adults who love you also know how smart you are and therefore will challenge you at your actual level. i didn’t care for it. on halloween my mom picked me up and we jumped on a train headed home. that was my first overnight train ride. if it had been almost any night other than october 31st, i probably would have enjoyed it. as it was, i got a tootsie roll from the conductor and was bitter about my lackluster halloween candy haul.
Posted by Lecia at 2:58 AM No comments:

san francisco, ca to san diego, ca.
my first solo plane ride, i was seven. my mom put me on the plane and her friend pam picked me up at the other end. it was exciting. i don’t remember much about the vacation itself, i think we went to the safari park, but i do remember looking out the plane window as we passed los angeles and seeing the layers of yellow, brown and green smog. it was gross. and somehow compelling. i loved the sky from that vantage point. i loved the idea of flying, even if i was trapped inside a big metal bullet. i couldn’t wait for my next trip anywhere!
Posted by Lecia at 2:35 AM No comments:

Email ThisBlogThis!Share to TwitterShare to FacebookShare to Pinterest
Labels: california

as i start to fantasize about the next adventure, and lets be honest, i am doing a little more than fantasizing, i am actively planning, 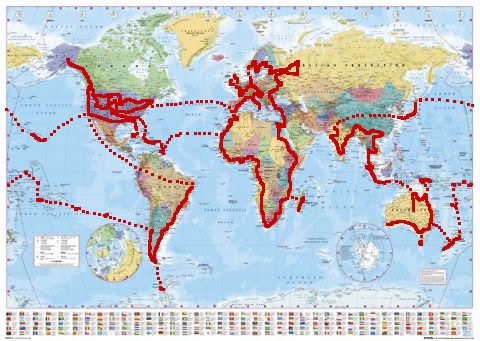 i find myself getting nostalgic for past adventures.
so i thought i would begin at the beginning...
Posted by Lecia at 6:48 PM No comments: