capitol of the island that shall remain nameless
when i went to egypt a couple of years ago, i thought no place would ever give me the same sense of belonging and homecoming that i felt there, but i was wrong.
these island people were incredibly open and kind to me, which was a surprise considering my government is responsible for much of the hardships of their daily life. granted, most folks watched me with a stern eye, but as soon as i gave them a big smile and a hearty ‘hola’ or a wave, their cool demeanor would melt instantly.

i don’t speak a lick of spanish and anticipated the isolation that comes from being a monoglot in a foreign land - instead i got people who patiently tried to make conversation with lots of starts and stops as i referred to my dictionary or handed it to them.
i want very much to learn spanish, just so i can go back one day and discuss everything from the price of milk to politics (though those are actually the same thing in havana).
i watched c, who is fluent, have conversations that revealed much about how people really feel and what they are going through. i was jealous that i could only participate through her, but grateful that i got a glimpse at all. 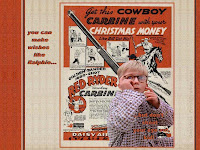 from my limited knowledge of the past, i have developed a big old soft spot for these people. before the trip i believed the embargo should be lifted and felt it was unjust, but now i am completely bewildered by my government - they are behaving like spoiled children, throwing a tantrum because a toy they misused was taken away from them.

i wouldn’t go so far as to say that ‘el senior’ is a good leader, i’ve heard too many stories of things he has done to punish people who have disagreed with or stood up to him, but i do see how we created the situation that caused him to become the man he is today. he WAS an idealist, striving to free the cubans who were suffering under batista’s self serving rule, free them from the greedy stranglehold of a handful of american corporations that were striping the islands natural resources without reasonable compensation. nationalizing the plantations was pure robin hood heroics and eisenhower was the sheriff of nottingham. if he hadn't been taking from us, we'd have been celebrating him rather than demonizing him.
by cutting off trade and strong arming our allies into following our lead, we forced fidel into a relationship with the only folks who would deal with him, our enemies. the soviets paid attention - the enemy of my enemy is my friend.

the people have paid for their independence, in spades, and i think it is time for my government to get over themselves, end the embargo and begin talking to the island that is so damn close you can swim there.
a bar of soap should not cost $5.