capitol of the island that shall remain nameless to rio, brazil
the night before c left, she asked me to go to this fancy coffee place, cafe el escorial, and get a bag of their coffee beans for her. they are part of a collective that grows, processes and roasts the beans then serves the coffee - kind of neat that it all happens under one roof, so to speak. it seemed like a simple enough request, so i said i'd do it.

i went every day for a week and struck out every time. i'd usually show up around 2pm, and they would just say 'mañana'. on the 5th try, the guy added, 'come early'. okay. so the following day i arrived at 11am -
'mañana.'
gah! i got smart with only one more day to succeed at the seemingly simple task -
'what time do you open tomorrow?'
'10am.'
'excellent, i'll be here at 9:30!'

i arrived at 9:30 to see a long line already formed outside of the cafe. i used the ultimo trick (see 'ultimo' post) and sat on the front steps for over an hour, watching stilted people prepare to entertain the tourists.
while waiting, anxiety and a fear that despite my early arrival i'd still leave empty handed ate at me right until it was my turn to place my order. i am happy to say i got the coffee (and sent it from brazil - when all was said and done, those beans, not including my time, cost about $60 for a kg! but c assures me they were worth it!). 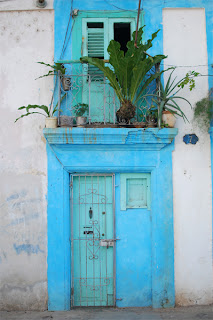 from there i wandered over to the presidential palace with the idea of going in to see the revolutionary museum that is housed there. i never found it. i still cannot figure out where it was, must have come within a couple blocks of it a dozen times, but according to my map, it wasn't where it was supposed to be and i never got to 'the palace that wasn't there' as i began to call it.

i had to settle for this vintage postcard. 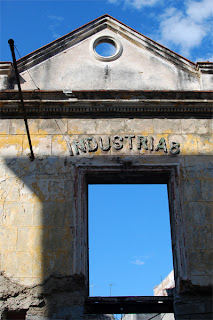 after spending several more hours happily wandering the streets, i headed back to candy's to pack my bags and head to the airport.
my taxi driver told me about how he had a masters degree in computer engineering, but that he makes more money driving a taxi. i had gotten glimpses of the frustration that these highly educated people experienced when they were unable to make a decent living in their area of expertise, but this was the first time i was able to ask questions. it was interesting to see the negative side of unlimited access to higher education.
fidel has offered the people as much knowledge as they want but has maintained communist limits on how much money can be earned, regardless of education. i was told that the street cleaners make about the same as doctors. there is something disconcerting about this, a job that requires no training and no skill earns the same as one that requires years of learning and skill - it begs the question why bother to try?

i tipped big and entered the airport with a little apprehension. the lines were long - even by cuban standards. i couldn't figure out where to pay my exit tax. i had to wait in several lines twice. but eventually i made it to my plane. i am seriously glad i gave myself 4 hours for the airport because it took over three to get to the gate.
while waiting to take off, i felt a huge lump of sadness. on the one hand i know i'll return - i have to, i liked the island much to much to stay away, and having only seen the capitol, there is still so much left to explore. but i always want to return to places that i've loved, and when there are so many places in the world yet to be seen, i sometimes struggle to make it happen... 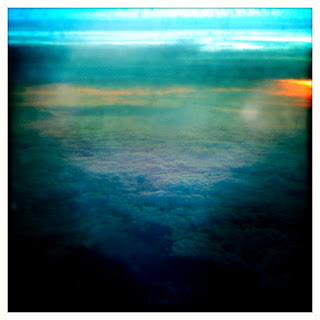 after catching a couple of fitful hours of sleep on the long flight, i woke to pretty views of a sunrise over the outlying area of rio!
Posted by Lecia at 9:57 AM